The beautiful flakies on this nail polish are so reflective but they aren’t showing their true beauty on this photo:

so here’s the image from live love polish that convinced me to buy this: 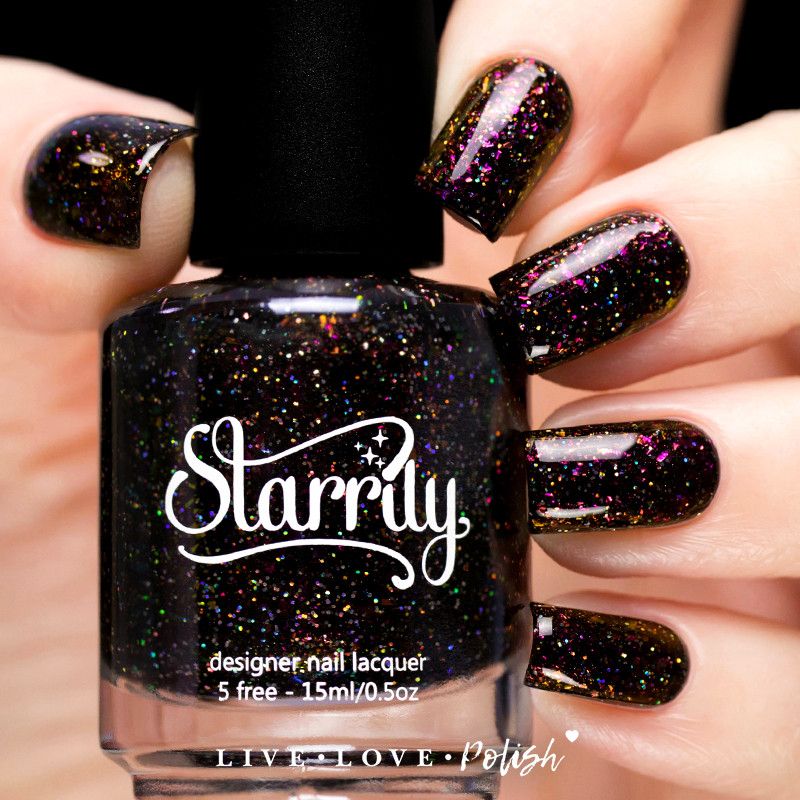 I got these flakies online and wanted to try them out over two different colors, black and white while having the opposite color stamp over them and I really like it!

So, I bought a pack of flakies from Amazon deciding I wanted to try them out.

THIS STUFF FLIES EVERYWHERE EVEN WHEN YOU’RE NOT BREATHING ON IT.

Be ready to start swatting those flakies away like flies.

But the result is omg…

I could definitely suffer through this again to achieve such a nice effect.

Be sure to watch my instagram for a video on how I achieved this look!

I was literally taking a shower when I stared off into my shower curtain. It has this sort of curly thing on one side and even though I have no idea what it’s called, I remembered that I had it on one of my nail stamping plates, so why not try to put it on my nails!?

After deciding I’d use this design, I remembered sponging on flakies and I wondered if it would look nice as a background for the black stamps. I ended up using Revlon’s Transforming Effects, Cosmic Flakies 725 but the sad part is the flakie to polish ratio is way off and there is more polish than flakies making it harder to sponge on. But if you’re persistent….! It does work very nicely and the end result looks gorgeous.

On another note, I tried making these Gifs with the new iOS app by Google: Motion Stills which takes live photos and makes them gifs or videos to share. If you want to try it, click the link to download it, it’s free.